I was born in Panama and have lived in 11 countries. I am a mother with 5 children and 8 grandchildren. Outside of Canada, I have been a teacher, librarian, Head Start Library Media Centre Co coordinator for young Head Start youth in Washington, DC. I was Executive Director of Calgary Catholic Immigration Society from 1981-1993. I was a Canadian Citizenship Judge from 1993-1998. Since 1998 I have been an Immigration Consultant, and started my own practice in 2000- WILSON INTERNATION NETWORK: IMMIGRATION CORP that hires more than 4 fulltime staff. 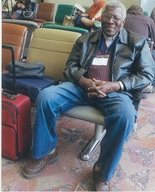 I am a retired University Professor, University of Cape Coast  1968 -1981 and University of Nigeria 1981-1987.  I worked at Calgary Catholic Immigration Society from 1987 to 1994, first as a Volunteer Co-ordinator, connecting staff members and new immigrants to people who have been to  Canada for some time so as to facilitate the solution of various needs of the new arrivals.
For 5 years of my seven-year period at CCIS,  I was the Manager of the INTEGRATION DEPARTMENT.  With the help of the staff, I ran programs-such as “English as a second Language” and workshops – to help the smooth integration of new immigrants to Canadian Society. 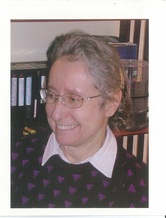 I was born in Chicago, Illinois, USA in the '30s. My family made several moves toward the western states, settling in Seattle where I finished  public school. My mother was a librarian and my father accountant and auditor.  I studied modern (interpretive) dance and performed in their stage presentations for 11 years.  But I also went to college in Portland, Oregon for two years, and finished with a Bachelor's degree from Univ. of Washington in 1962.  I married  Victor Harvonen in 1962 and pursued my interests by teaching creative dance for children over 15 years.
As my teaching was a small income, I also worked in the libraries and offices as a Clerk-typist and administrative assistant. Meanwhile, my husband and I traveled and lived in his home country, Finland.  Then we settled in Edmonton, Alberta, Canada and added two daughters.  I had worked in many non-profit organizations over the years to supplement family income.  Then in 2010 my husband died at the age of 85 and I moved to Calgary, Alberta to near my two daughters.  I am also a member of Good Companions Seniors' Centre, where I volunteer gardening and do Tai Chi. I am actively involved and a member of Calgary Community Reformed Church.  Now I am pleased to be able to assist in the work of Akonua and Kwama Children's Literacy Foundation.
﻿﻿

I was born in Ghana, West Africa and have lived in Canada since 1989. I have been living in Calgary for the past 15 years. I worked in the financial industry for 13 years in various positions. Currently I work with individuals living with disabilities at Calgary Progressive Lifestyle Foundations (CPLF) in Calgary. I completed my education in B.Commerce at Saint Mary's University in Halifax, Nova Scotia and finishing up a B. Health Administration at Athabasca University, in Alberta. My passion is for people, the disadvantaged and the marginalized and how to make a difference. I love to read, listen to music and watching movies. I also love to listen to people, their experiences and life stories. I am delighted to work as a board member with AKCLF 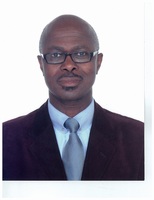 I worked at Ghana Cocoa Board from 1978 – 1986 as an Accounting Officer and West African Examination Council from 1976 -1978.  I landed in  Canada in 1988 and in 1989 I was trained in Community Volunteer Income Tax Program and since then I have been helping new immigrants and low income citizens with their Tax Returns up till now.  In 1990 I registered Safari Import  & Export Marketing for summer business program and to my surprise  I received a commendation letter ( Challenge “90” Award)  from Hon. Marcel Danis, Minister  of Youth, State Fitness & Amateur Sports for a job well done and a firm commitment to good business practice plus a cheque from Federal Business Development Bank.   1991 to 2014  founded and managed   Wise Way Cleaning Ltd.  Beside that I worked with The City of Calgary from 1990 to 1998, Central Bank in 1991.  In 2004  worked on oil and gas rigs in Alberta as a Safety Officer  with United Safety.  In 2005 worked with Weatherford Canada and I was among the crew that built the biggest oil pipe at that time.  Highlights  of my awards, achievements and outstanding works since I landed in Calgary. In 2001 joined the Canadian Association of Petroleum Production Accounting, 1990 & 1995 positive incident reports from the citizens of Calgary to the City Hall for the good jobs done. 1989 & 2011 commendation letters from the Minister of National Revenue for my assistance to other Canadians in fulfilling their tax obligations. 1995 participated in the World Prayer Day program.  1993 I joined Calgary Chamber of Commerce.  I am a founding member of Calgary Church of Pentecost and received Pioneer’s Award in 2010.  Am also a founding member of Calgary Korye Social Club, Dorcas Foundation and Calgary Community Reformed Church Prayer Warriors.

OUTGOING BOARD MEMBER- The Board of the Akonua and Kwama Children’s Literacy Foundation, AKCLF would like to thank our long serving member Mr. Henk Derix for his valuable contribution to the foundation since it’s inception. His continuous encouragement, planning, creative and thoughtful ideas will be dearly missed.
The Board members would like to thank him for the good works and wish him a peaceful and lovely retirement

It is with deep regret we announce the recent passing of our very dedicated and selfless member of our board secretary Otto Moritz Hammer.
Otto was my Elder for 33 years at Calgary Community Reformed Church. We served together on Akonua and Kwama Children's Literacy Foundation Board for 11 years and above all prayed weekly for the last 11 years as a Prayer Warriors team . He was love, had love and with love. I was privileged to hang around him twice a week for the last 11 years. He was a very lovely, generous, punctual person and took pride in his garden work. He made sure there were flowers around our church every year. He was watering a plant in our consistory room and when he got sick, two people continued watering it weekly but it turned into brown and l got a little confused. Once I said to Otto, if l get Mrs. Hammers soup, maybe my bald head will grow hair again and he just laughed it off. He was so gentle that I never saw him mad since I started hanging around him. Minutes of Saturday noon church meeting with him were ready on Monday already out in our email inbox. Likewise, minutes of AKCLF meetings were ready the following day with a complete action plan for our BOD to act upon,
We will miss his wonderful smile and we are thankful that he left behind a house full of love in it. May his soul rest in eternal peace. Ameen


If you would like to know more about the AKCLF, please do not hesitate to contact any of our esteemed board members